Fears and phobias are the subconscious minds way of keeping us safe because it is the way we responded the first time we had the problem. As we get older we consciously know we are being irrational but the subconscious continues to use the old program.

Once the program is deleted and changed our perception changes so we can respond to what has triggered us in the past in a calm and rational much better way.

Claustrophobia – the extreme fear of being in enclosed spaces.

Can you imagine being a 2 year old, living in the country and your older brother locks you in a cupboard for what seems like hours before you are found. Notice what that 2 year old is feeling, seeing and hearing. The feeling of fear in the body, the panic of not getting out, the dark, laughter outside and trying to be heard and crying out for help.

Now I want you to go forward in time 20 years, you have just moved to the city and you are working in an office block on the 8th floor. Every time you find yourself in front of the lift  you start to panic. You realize this has become a pattern and you don’t know why.

I know you are wondering what the connection between being shut in a cupboard at two and the fear of lifts is. You may in fact realize that they are both confined spaces. The fear was programmed into you as a 2 year old and you had no way of dealing with the feeling of fear and panic at the time. Sooner or later, when confronted with a similar situation, fear will surface again. You can begin to see now how fears and phobias are produced and the connection they have to past experiences.

This fear could turn up as a fear of the dark  or a fear of going into a cave or even a toilet cubicle.

Addressing the very first memory and any of the worst memories you have about this fear is the key to resolving the issue.

When you observe others you learn from them.

When I was about five or six years old a friend of Mum’s, Alison, and her daughter, Susan, who was a year younger than me came to visit. Mum knew Alison had a fear of spiders and she happened to have some toy plastic spiders in the house. Imagine my surprise when Mum put the spiders on the table next to Alison and she started screaming and trying to get away from them. Susan started screaming too. Not having a fear of spiders myself I couldn’t figure out what all the fuss was about, besides I knew they were fake spiders. Looking back now I can understand that you don’t have to have a traumatic event yourself to have a fear of something. When you witness someone else’s reaction you learn how to react in that type of situation especially if you haven’t ever experienced it yourself. The more you witness it the more it becomes imprinted to the point where it is your automatic response.

When we realize this was a learnt response we can address the old memories and change our perception. It won’t mean we will play with dangerous spiders it just takes the emotional response  away so we can remain calm when we see or have to deal with a spider.

Have you ever wondered why someone has a fear of flying when they have never been in an air crash or maybe never even been in a plane? Chances of a car crash are far, far greater than an air crash but most of us travel by car without giving it a thought.

Where do these fears come from? We hear other people talking about their fears, there are movies, books, documentaries, magazine and newspaper articles and  TV reports about them them. They make headlines because they are not common and there is usually death and a lot of people involved. Also we put our lives in the hands of the pilot and air traffic controllers and have no control ourselves. We are in a very large heavy plane which seems to defy gravity so logic goes out the window. All that aside it’s really about how we feel and when we have felt that way before. It could be the feeling of being out of control or it could be the sound of the flaps moving, or the feeling of dropping or becoming airborne. Suppose your father used to wiz you around telling you that you were flying when you were young and  weren’t expecting it or had just eaten and you felt sick or dizzy. You would associate the words flying with that feeling.

Quite often something that happened to us as a child that we now think of as insignificant could be the reason for our present fear or phobia.

When we address the link the mind and body has created to a fear or phobia and the negative emotional response is changed to a positive one the fear will no longer control us.

If fears and phobias are stopping you from enjoying life to it’s fullest book a session with us and we can find the connections that are holding you back, and release them  so you can choose a life of confidence and fulfillment. 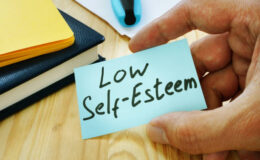